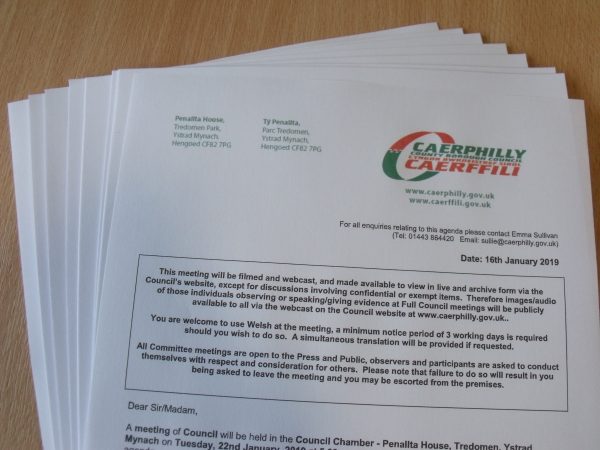 Caerphilly County Borough Council spends £5,000 a year posting hefty agendas to the homes of councillors – but that could be about to change.