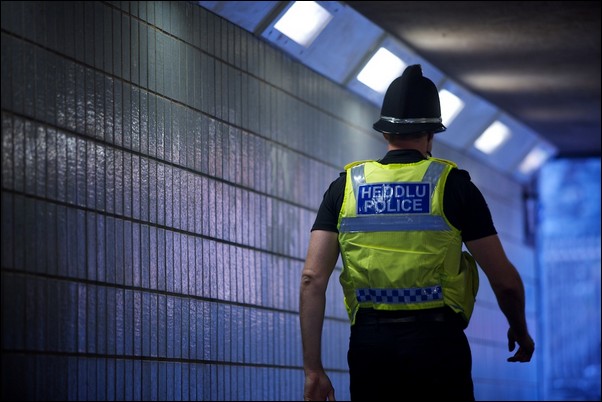 Crime in Caerphilly County Borough has increased by almost a quarter, according to the latest police recorded figures.

There were 15,106 reported offences in 2018, data from the Office for National Statistics shows.

The statistics are based on crimes reported by police, and the ONS urges caution in interpreting some of these figures.

Alexa Bradley, from the ONS Centre for Crime and Justice, said: “When we look at the overall level of crime, there has been no significant change over the last year.

“However, it is important to look at each crime type. Robbery and vehicle offences have increased whereas burglary has decreased.

Gun and knife possession offences in the county borough rose by six, to 66 incidents.

There were 695 residential burglaries reported in 2018. Due to a change in how the ONS categorises burglaries, the localised figures cannot be compared with other years.

There has been one homicide, a murder or manslaughter.

Across England and Wales, the number of recorded homicides rose by 6%, to the highest level since 2008. These figures excluded people who died in terror attacks.

In Caerphilly County Borough, theft – one of the most high volume crimes – decreased by 8%. Drugs-related offences dropped by 7%.

Criminal damage in Caerphilly, which includes arson and vandalising cars and houses, has gone up, from 2,470 incidents in 2017, to 2,703 in the latest figures.

While violence with injury, which includes assault, GBH and wounding, has risen, this could be due to improved police recording.

Similarly sexual offences are hard to judge as many more victims are now coming forward due to a series of high-profile cases.

There were also 1,829 cases of stalking and harassment reported over the same period.

What does the Police and Crime Commissioner say?

Police and Crime Commissioner for Gwent, Jeff Cuthbert, said: “This increase is fairly consistent across all force areas in England and Wales as the demand on police services continues to grow.

“It is also important to stress that an increase in the number of crimes recorded by the police does not necessarily mean that levels of crime have increased significantly.

“Factors such as changes to the way crimes are categorised, improvements in the accuracy of crime recording within police forces, and increased public awareness of certain crime types can all lead to an increase in the figures.

“In particular I would like to reassure residents that the chances of being the victim of a violent attack in Gwent is extremely low. We also have one of the lowest levels of knife crime in the UK.

“However, we will not be complacent and will continue to invest in priority areas to make Gwent a safer place to live, work and visit.”

“We are determining the additional capabilities and investment we need to drive down violence and catch more criminals – and we will make the case at the next Government Spending Review.”

The UK Government’s policing minister Nick Hurd MP said more than £1 billion extra has been put into policing this year.

He added: “New statistics show that your chance of being a victim of crime remains low. Yet too many people are still falling victim to serious violence, which is why we will continue our urgent and unprecedented action to reverse this terrible trend.”