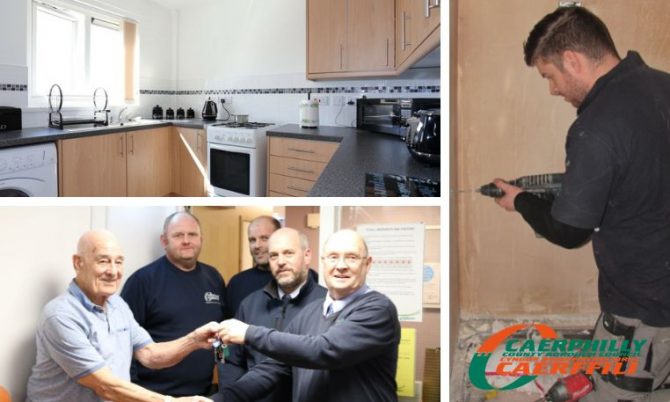 The team has been announced as a finalist in the ‘Best Service Team: Construction and building service’ category.

The team has helped deliver the council’s Welsh Housing Quality Standard (WHQS) programme, which could see around £260 million invested into council-owned homes throughout the borough.

The winners will be announced at the APSE Annual Charity Awards Dinner in Newcastle on Thursday, September 12, which will be held to raise money for Parkinson’s UK.

Cllr Lisa Phipps, the council’s cabinet member for homes and places, said: “To be shortlisted is an excellent achievement and I’d like to congratulate all staff involved.

“The council’s in-house team has consistently delivered high levels of performance, quality and tenant satisfaction since it began delivering the WHQS programme in 2012; The award shortlist recognises their success in doing so.”

Speaking about the awards, APSE Chief Executive Paul O’Brien said: “Local councils do great work but too often they are the unsung heroes of public services. These awards are about celebrating the hard work and achievements of front line services and the local government workforce delivering them.

“These services and local initiatives make a real difference to local places and local people. Congratulations to all the finalists.”