Bedwas Workmen’s Hall will be collecting donations for refugees this weekend after a huge response by residents helping migrants coming to Europe.

Volunteers at the hall will be collecting food, clothes and shelter for those affected by the biggest refugee crisis since the Second World War.

Cor Cochion, the red choir, will hopefully be providing entertainment over the weekend.

Wendy Lewis, who sang with the choir at a ‘refugees welcome’ protest in Cardiff on September 12, said: “The refugee crisis has touched so many people.

“We can imagine the terror of  those children in their  sinking boats.

“Their parents, like  us, only want to escape war and build a future for their families.”

What should I donate? 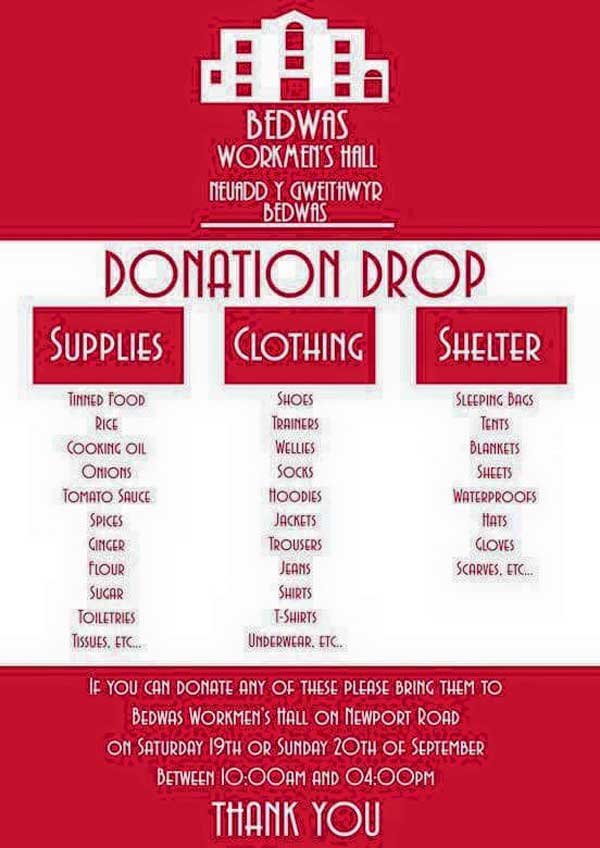