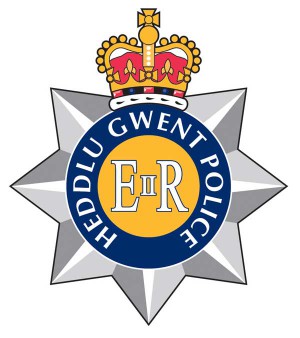 Caerphilly town is set to get a new police station, Caerphilly Observer can reveal.

The town centre has been left without a permanent police station since the closure of Gwent Police’ Market Street base in January this year.

The Police and Crime Commissioner for Gwent, Jeff Cuthbert, is responsible for the police estate which includes all of the police stations, land and assets in the force area.

Mr Cuthbert said: “The Chief Constable of Gwent Police and I are both committed to establishing a police building in Caerphilly town centre.

“I can confirm that we are in advanced negotiations around locating to premises in the town and I will make a further announcement in due course.”

However, the exact location of the new station has not been disclosed yet by Mr Cuthbert’s office as commercial negotiations are still ongoing.

It is believed a site on Cardiff Road is being looked at.

The announcement follows campaigning by local councillors and will be seen as reassuring by residents who were left stunned by the recent stabbing of a man in the town centre.

Cllr James Pritchard, who represents the Morgan Jones ward for Labour, said the feeling on the doorstep was that residents are “unanimously” behind Caerphilly having its police station restored.

Cllr Pritchard said “Caerphilly is the biggest town in Gwent without a fully–fledged police station. We intend to highlight the public support behind having a Police Station restored in Caerphilly to Gwent Police when we finish our doorstep campaign.”

Cllr Christine Forehead, who represents St James for Labour, and is chair of the Caerphilly Town Centre Management Group added: “As councillors we constantly hear from residents on the doorstep who all tell us they want a more visible police presence.

We need a police station back in Caerphilly town centre.”

Since the closure of the Market Street station, which itself replaced a larger base on Mountain Road in 2011, Gwent Police has operated a front desk service at the town’s library.

Cllr James Fussell, who represents Plaid Cymru for the St Martin’s ward, said: “The closure of the station in the town centre should never have happened and Plaid Cymru town councillors have been lobbying hard for a new base.

“The room at Caerphilly library is not suitable for a town of the size of Caerphilly and we are pleased that the police have been actively looking for suitable accommodation.

“Plaid members did offer up a number of possible locations in the town centre and, hopefully, a site has now been identified.
We’re hopeful that this will come to fruition shortly.”

Fellow Plaid Cymru councillor Steve Kent said that a location in Cardiff Road would be the best fit for police presence and the reinstatement of a manned front counter was long overdue.

He said: “I spoke to the Police and Crime Commissioner and he fully accepted that Caerphilly should not be without a police station presence and I’m very positive that this will now happen.”

Fellow St Martin’s ward councillor Colin Elsbury added: “People are very unhappy that a growing town with a population of more than 30,000 has been left without a police station.

“It was a short-sighted decision that was viewed negatively by the community and needs to be reversed as soon as possible.”

Public access to police station front desks was withdrawn in 2012 by the then Chief Constable Carmel Napier in a bid to save money in the face of UK Government budget cuts.

6 thoughts on “Police station to reopen in Caerphilly town”