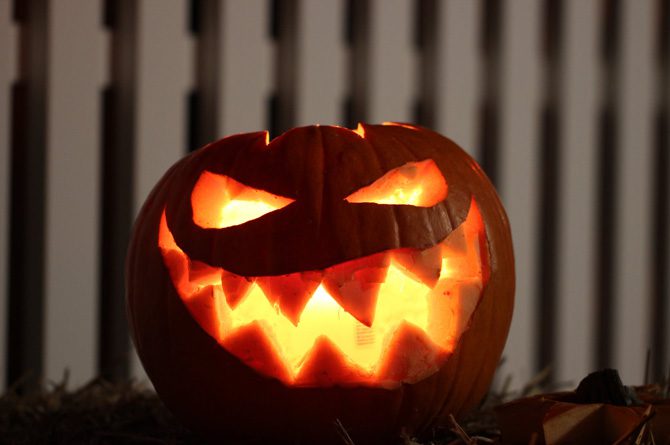 Residents across Caerphilly County Borough have been getting into the spooky spirit this Halloween.

Sparrows founder and vice chair Deborah Lloyd said: “I think the costumes were fab. The kids and parents put so much effort into dressing up.

“The party was a blast, as I knew it would be.

“We would love to do another Halloween party like this again next year.

“Carrie and Sam (Owners of Kidsfun) have been great to us. Whatever I ask they try and do. They’ve been with us since day one.”

People and their canine companions dressed up and walked around Caerphilly castle. The legend of the Green Lady was among the scary stories told by staff.

The evening ended with a screening of Nightmare on Elm Street in the cafe.

The cafe’s owner, Charlie Ball said: “The walk was lovely. People were really happy to have such an amazing night with their puppies.

“There were a few cancellations due to the weather but it was completely clear for the walk.”

However, Gwent Police has reminded trick-or-treaters to be considerate to others this Halloween.

In a statement, the force said: “Remember that costumes and late evening knocks at the door can be frightening to vulnerable members of our communities.

“For many, when things go bump in the night, it can cause a great deal of upset and distress.”

They added: “Parents; make sure that your children do not go out alone. We recommend sticking to well-lit areas and only knock on doors of people you know.”