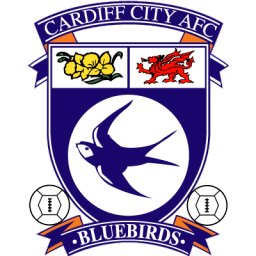 Five Cardiff City FC fans, all from Caerphilly, have been charged with violent disorder after a clash with rival Swindon Town FC fans.

Around 50 fans clashed in the Lower Bridge Street area of the town following the pre-season friendly between the two teams on July 25 this year.

Wiltshire Police, after a joint investigation with South Wales Police, arrested a total of 19 people in connection with the match day violence.

Ten are from Swindon while the remaining nine are from the South Wales area, including the five from Caerphilly.

Swindon CID officers worked closely with South Wales Police and the nine Welsh arrests were made on Monday November 30.

The five Caerphilly men have been released on conditional bail and are due to appear at Swindon Magistrates’ Court on Thursday January 14 2010.

Detective Sergeant Mark Smith, of Wiltshire Police, said: “This is an excellent example of cross border co-operation between forces with close support from the CPS to successfully bring these charges. This was a serious public order offence and these charges reflect the severity of the violence that took place that evening.

“I want to make it clear to anyone intent on engaging in this sort of behaviour, which has the potential for serious injury to not only those involved but also innocent members of the public, that it is unacceptable, will not be tolerated and we will fully investigate all incidents to identify those responsible.

“We believe that the majority of those attending matches are intent on having a good time within the law but for the small number intent on ruining other peoples fun they should be prepared to be dealt with.”

If convicted the men could be banned from attending any future football matches.

Update:The five men from the Caerphilly area have been bailed to appear before Swindon Magistrates’ Court on March 15. None of the men have yet to enter a plea.