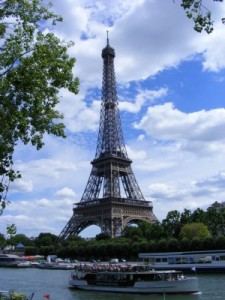 Caerphilly County Borough Council has said the amount of paper it saved last year would be taller than the Eiffel Tower.

The local authority has claimed that it saved 3.7 million sheets of paper – which would measure 357m high. The Paris tower stands at 324m.

Deputy leader Colin Mann said the saving was a result of Plaid Cymru’s efforts to make the council more green.

He said: “This Plaid-led administration is very conscious of the need to play its part in reducing the impact the authority has on the environment.

“While the Copenhagen Summit looks to have been a missed opportunity that does not mean we just sit by and do nothing on issues like reducing the authority’s carbon footprint.

“We are asking the public to play their part in cutting their impact on the environment and living a more sustainable life so the council has to take a lead, and we are. Apart from helping the environment we are also helping our balance sheet by cutting our energy bill.”

The council bought 226 multi-function printers to replace its 968 printers, fax machines and scanners, saving thousands of pounds a year.

To save cash and electricity the council has also programmed its computers to shut down if not in use.

In other green measures it has recently kitted out Blackwood Comprehensive School with new lights with daylight sensors on saving about £10,000 a year.