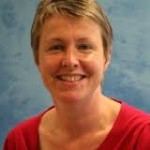 At first glance, you would have thought so.

Just a few weeks ago at an event in Auckland, our First Minister said:”It is easy to see how much New Zealand and Wales have in common. We are both proud of our strong heritage and the protection of our languages. Wales is a bilingual nation and we are committed to strengthening the place of Welsh Language in everyday life throughout Wales.”

Our heritage is indeed rich and diverse, and must be celebrated on the one hand but also cared for with the other. A thriving Welsh language is central to our Nation’s culture. As a country we are growing in confidence and self belief, as shown by the resounding vote in March by the people of Wales to change the way we legislate.

I believe that this growing confidence in ourselves is also illustrated by the increasing number of us, as parents, are choosing to educate our children in welsh medium schools. The reasons why parents choose Welsh medium education for their children are varied and complex, but no doubt relate to the broad and high quality experiences that children receive.

In Caerphilly County Borough we are faced with an urgent issue, according to population trends we are projecting an increase of approximately 700 children wanting Primary School Welsh medium places by 2016 and nearly 1,000 extra children wanting Comprehensive placements by 2020. This means we need to build at least one more primary and one more secondary school.

Plaid Cymru believe that it is the right of every child in Wales to receive their education through the Welsh language, as such the Plaid-led administration of Caerphilly County Borough are keen to address these problems. To date we have already submitted two capital bids to the Welsh Government; the first included a Welsh medium school for three to fourteen year olds on the old St Ilan site in Caerphilly Town. This bid was rejected because I believe Welsh Government Officials misread or misunderstood our plans.

In March 2010, the Welsh Assembly Government launched the 21st Century School Programme aimed at delivering learning environments for children and young people across Wales, which will support school improvement and better educational outcomes. Caerphilly County Borough Council spent significant time and resources identifying our priorities with all the key stakeholders and submitted our Strategic Outline Plan. Integral to this was the long term vision of developing three welsh medium schools for eleven to fourteen year olds which would link with a Centre of Excellence at Ysgol Gyfun Cwm Rhymni for fourteen to nineteen welsh medium education.

Like many other local authorities in Wales we were deeply disappointed by Leighton Andrews’ (Education Minister) statement to the National Assembly in July, when we were told that the Welsh Government could no longer afford their original plans. We were informed that the programme was to be delayed for at least two years with local authorities having to contribute significantly more money. As Martin Lipson (Previous Programme Director for 21st Century Schools) stated in his letter to the Western Mail; “Unfortunately this is not the first time (Labour) Ministers have promised a programme of school investment which did not happen.”

Local authorities have been asked to review their plans against an updated set of criteria primarily based on the reduction of surplus places and the condition of buildings. We have been told that Welsh medium proposals may be considered if they have evidence of cross county collaboration.

And it is this that is fundamental to the problem we face in Caerphilly County Borough, collaborating with another local authority will not firstly address the long term projected figures we have in the borough or secondly may result in the development of a Welsh Medium Comprehensive School being developed at the further end of the borough to where our excess children live. We have enough children to fill a Comprehensive Welsh medium Comprehensive in the Caerphilly basin by 2020, yet if we submit a bid including this it is likely to be rejected by the Welsh Government.

The Welsh Government’s Welsh Medium Education Strategy (2010) states “It is important that children and young people are able to build on their competence (in Welsh Language) as they mature. Ensuring that there are opportunities for suitable linguistic progression is one of the cornerstones of the strategy.”

Furthermore, Leighton Andrews in a speech to Cymdeithas Cledwyn at the National Eisteddfod this summer said that the Labour Party in Wales is one “That is comfortable with its Welshness and … have a strong sense of who we are and where we are going and to what we are committed to.”

I would, therefore, ask Leighton to put the rhetoric of his government aside and to take action to ensure that children wanting to progress from Welsh Medium Primary to Welsh Medium Secondary education in Caerphilly can do so. As it stands we will be turning children away from Ysgol Gyfun Cwm Rhymni as soon as September 2012.