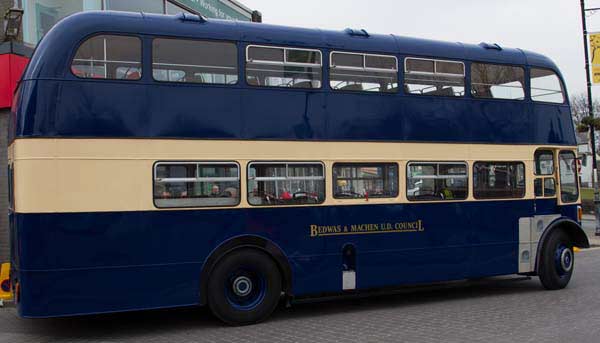 A fully-restored 1968 Bedwas and Machen heritage bus has received a civic launch in Caerphilly town.

Mayor of Caerphilly County Borough Gaynor Oliver and Bedwas, Trethomas and Machen councillor Ray Davies officially launched the bus in its Oxford Blue and Royal Ivory colours at The Twyn on Saturday.

It was 30 years since the bus was last seen with its Welsh council colours and it marks the passing of over 100 years since Bedwas and Machen was formed in 1912 as an Urban District Council.

The bus, which is in the style of a half cab, was be joined by a 1965 Mid Brunswick green double-decker from Caerphilly Urban District Council, which was restored last year, and a single deck yellow and chocolate 1979 Rhymney Valley District Council bus.