BBC Wales’ award-winning sitcom Gavin and Stacey will be returning to our screens for a Christmas special in December.

One person who will be looking forward to it more than most will be ten-year-old Oscar Hartland from Machen.

Oscar was six-months-old when he played the role of baby Neil – the son of Smithy (James Corden) and Nessa (Ruth Jones).

He was one of three babies to play the role ten years ago.

Oscar’s mother, Kirsty Pritchard-Hartland, said: “It all happened by accident. We were in the right place at the right time.

“Baby Cow Productions were looking for a baby, so I sent a photo of Oscar and we were asked to go to Porthkerry leisure park.

Kirsty, who was on maternity leave during the filming, added: “We spent a lot of time with all the cast members and got to meet them as real people. It was fabulous and I soaked it all up.

“One day I spent about four hours sat with Joanna Page (Stacey) and she was lush. I enjoyed every minute of it.

“Oscar would love to meet James Corden one day.”

Oscar, who is now in year five at school, enjoys rugby, music, playing piano and taking part in school plays. 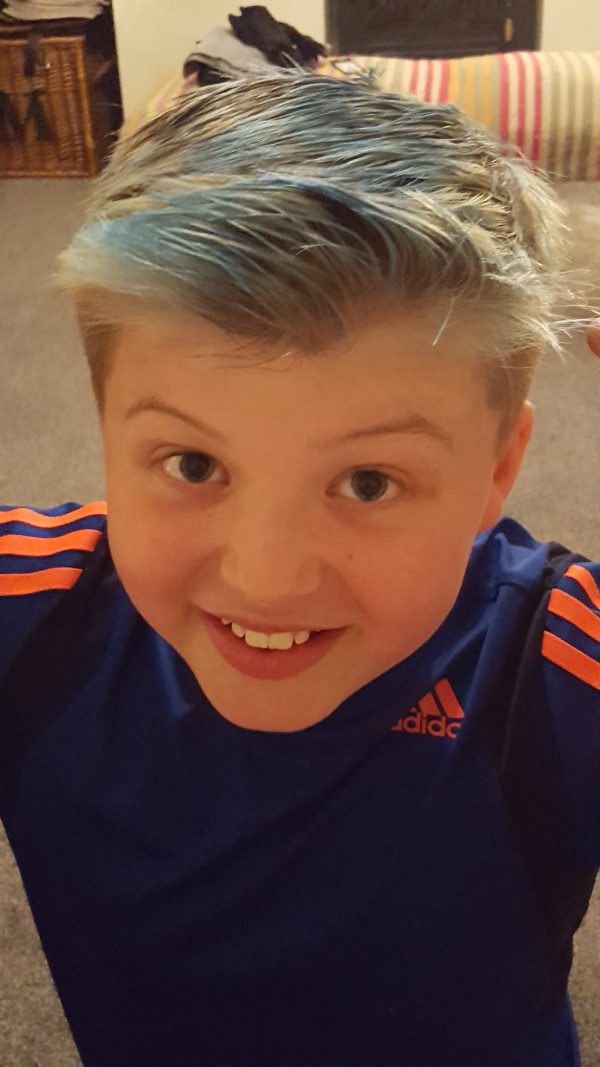 “He’s a typical boy. He loves playing on his xbox and going out on his BMX.

Kirsty added: “We can’t wait for the Christmas reunion. If it was a possibility, Oscar would love to reprise the role.”