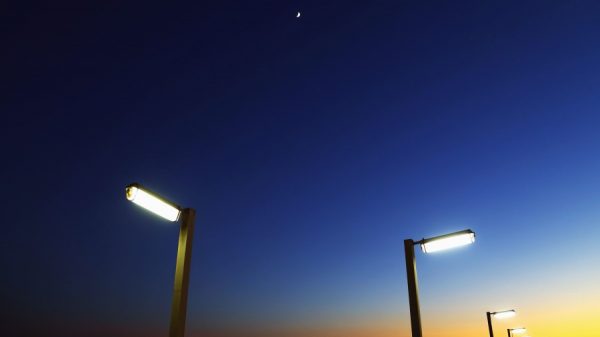 Plaid Cymru has called on Caerphilly County Borough Council to review plans to switch off street lights at night time.

The council is in the process of introducing ‘part-night lighting’ across the borough, which would see lights turned off between midnight and 5.30am.

However, lights on junctions and the town centres of Bargoed, Blackwood, Caerphilly, Risca and Ystrad Mynach, will not be turned off.

“This scheme has been operating since April and there is need for a review of its impact so far, including whether there has been an increase in road accidents.

“Older people in particular feel more vulnerable and are worried about a reduction in security because the lights are being switched off.”

Plaid AM Delyth Jewell, who represents South Wales East, said: “Street lighting is vitally important to safety and feelings of community cohesion. If street lights are switched off, it means that many people choose to avoid going out after dark and it increases the risk of attacks on vulnerable people.

“I know that times are tough, but street lighting really is one of the last things we should cut. I hope the council will reverse this retrograde move. It could have many worrying consequences.”

A council spokeswoman pointed out that neighbouring authorities are taking similar actions regarding street lighting and said: “The council has received just 15 contacts from members of the public unhappy with the scheme, and two who were particularly happy with the scheme.”

Meanwhile, Cllr Sean Morgan, cabinet member for infrastructure, said: “The decision to convert the street lighting to LED and to implement part-night lighting was supported by both the council’s cross-party Environment and Regeneration Scrutiny Committee and cabinet towards the end of last year.

“Furthermore, Cllr Mann gave his full support to the recent climate emergency declaration, where the council made a commitment to becoming carbon neutral by 2030, of which a reduction in carbon through street lighting is a part.

“The LED conversion and part-night lighting decision was made in the face of existing environmental commitments and ongoing significant savings requirements.

“To date, over 4,000 LED lanterns have been installed as part of this programme, which is helping ensure a consistent approach to street lighting across the county borough, as well as delivering on our carbon reduction commitment and helping put us on a sustainable footing for the future.”