Fines handed out to the public for allegedly breaching lockdown rules will be reviewed, Gwent Police has said.

It follows an instance where the force admitted fining a person who was driving to their allotment – despite UK Government Minister Michael Gove previously stating it was a reasonable excuse to be out.

A Gwent Police spokesman said: “Officers are using a range of enforcement options through existing and new powers available to them in relation to tackling the ongoing health crisis. All these incidents will be reviewed internally, as the force would with any enforcement matter.

“If, following this review, it appears as an enforcement action was issued incorrectly, we will correct and clarify.

“Since the start of the health crisis, our officers’ approach has involved engaging with the public, explaining the situation and encouraging them to follow the advice we have all received.

“But if we consider that people are still ignoring government advice, we will take enforcement action.”

Eighty fines were handed out to people breaking lockdown rules across the Gwent Police force area during the Easter weekend.

According to information from Gwent Police, the fixed penalty notices were issued between Friday, April 10, and Monday, April 13.

In Caerphilly County Borough during the Easter weekend, Gwent Police said it stopped a group of five men walking a single dog as well as fining people for giving others lifts in their car.

However, the force also admitted handing out fines to a person driving to their allotment and another out walking their dogs.

Under The Health Protection (Coronavirus Restrictions) (Wales) Regulations 2020 police have the power to issue £60 fine for a first offence (£30 if paid within 14 days) and £120 for subsequent offences.

The College of Policing has stressed the issuing of fines should be a last resort and that a process of engagement, explanation, encouragement to return home and then enforcement should be practised.

The College of Policing has published a series of documents on its website to guide officers in determining what is or isn’t a reasonable excuse to be out.

For example, driving somewhere locally to go for a walk is reasonable, but only if the amount of time a person spends walking is greater than the time it takes to drive there.

What are the restrictions?

The restrictions in place are broadly similar to those in England, such as not being out with a reasonable excuse and the dispersal of groups, but there are some key differences in Wales.

For example, only being allowed out once a day for exercise is enforceable in Wales, whereas this isn’t the case across the border.

There are also rules in Wales which state employers must ensure their employees are at least two metres apart in the workplace.

The Welsh regulations also give police the power of entry to a premises where they suspect the regulations have or are about to be contravened.

Public land and public footpaths closed by authorities, such as councils or Natural Resources Wales, cannot be used by the public. Those doing so are liable to be fined – not just by the police, but by the relevant authority.

The authorities have the power to remove people from closed areas and are also permitted to use “reasonable force” to do so. 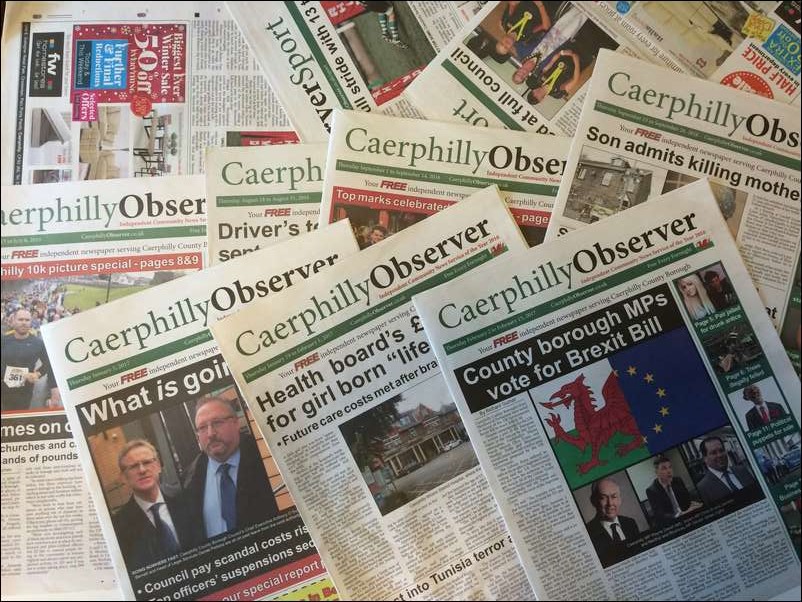 For just £50 a year, readers will be able to get their copy of Caerphilly Observer posted out to them. Around £25 of this will go towards the cost of the postage, while the remaining £25 will go towards funding and developing our news service.

For an additional £10, you can also become a Caerphilly Observer member and get use of our website advert-free.